Think of your average book nerd. I don’t mean just “person who likes to read.” I mean book nerd. You know, the one who’s ALWAYS got a book (or five) on them and won’t shut up about what they’re reading. Odds are a lot of people imagined, more or less, the same person, right?

Well, we are a diverse breed, and what you’ve got in mind doesn’t sum up everyone. So allow me to introduce you to the (not nearly comprehensive) list of the 10 book nerds you’re likely to meet.

1. The Snobbish Book Nerd. Classics only, please. They’ll school you on Shakespeare, they know their way in and out of all the greats that you thought were boring in your high school English class, and they probably (though not always) avoid e-readers because they want to enjoy real literature the way real literature was meant to be enjoyed. Anything they read needs to meet their stringent intellectual standards.

2. The Educational Book Nerd. Nonfiction is their field of expertise. They probably loved classes like history, where they got to delve into the weirdest parts of reality throughout the ages. They’re studious to a fault, and are most likely to be found with their nose in a biography of some kind.

3. The Literary Book Nerd. This one comes hand in hand with the Snobbish Book Nerd, because they do love their classics. But even more than that, give them any literary analysis essay and they will go to town. They don’t just read books; they analyze them. Symbolism, metaphor, cultural context–all of it. They probably were/are/will be a literature major in college, because…well, because books.

4. The Genre Lit Book Nerd. Many others may turn their nose up at genre lit–you know the stuff. The romance or fantasy or sci-fi books that, to an outsider, all see the same. But this book nerd knows what’s good, and is an unashamed and unapologetic consumer of every book in their chosen genre. They probably know they’re being judged; they just don’t care.

5. The Guilty Pleasure Book Nerd. This one tries to be the Snobbish, Educational, or Literary book nerd on the outside…but deep down, give them all that genre lit. Maybe it’s smutty romances, maybe it’s tacky cliche fantasy books, maybe it’s those Star Trek novels that are basically published fanfiction. They know they’re being judged, and they DO care a little…but they read anyway. (And probably try to hide it.)

6. The Experimental Book Nerd. Will read anything once. They’re always looking for new experiences, regardless of what kind of book it is–no holds barred on genres, authors, time periods, or anything else. They might not like every book they read, but they will delve into whatever comes strongly recommended enough because why limit yourself?

7. The Re-Reading Book Nerd. Will read anything a dozen times. This book nerd wants to get the most out of every single book, and knows that isn’t going to happen from one read. Maybe a couple reads to get the most out of the plot, another to really delve into the symbolism, another just to appreciate the way the words are arranged into prose–this person knows it’s a new experience each time through.

8. The Multi-Book Nerd. Usually reading at least three books at a time. Will go on a week-long trip with seventeen books. Usually needs to keep reading lists to keep track of which four books they’ll read next. Also very, very likely to be an avid e-reader–because if they carried every book on their Now Reading list, they’d probably need a chiropractor within a week.

9. The Single Book Nerd. Gives their full attention to the one book they happen to be reading currently, in order to make sure every plot point, minor character, and subtle instance of foreshadowing stays fresh with no risk of muddling. Will devour 120 pages at a time of their current book of choice.

10. The Book Sniffing Book Nerd. Smells every new and old book they can get away with smelling. Okay, I think this is most of us, but it deserves its own category.

I’ve been guilty of being all of these at various points in life, and still have a few I rotate between. Which kind(s) of book nerd are you? 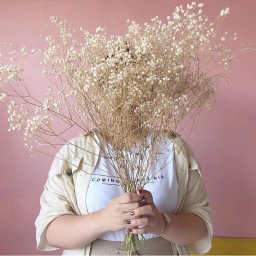